Neiman Marcus headquarters in Dallas
Video footage of Hall of Famer Casey Stengel, Gil Hodges, and the 1962 Mets at the Polo Grounds
Polo Grounds I was originally built in 1883 and, after many modifications, was named Polo Grounds IV in 1911. The Giants played there until moving west in 1957. The horseshoe shape had the left and right field walls less than 300 feet and the centerfield wall was almost 500 feet. The bullpens were in fair territory in left and right center. The New York Mets played there in 1962-1963. The phrase "Hot Dog" was coined by NY Journal sports cartoonist Tad Dorgan when he couldn't remember how to spell the word "dachshund" in describing the "red hot dachshund sausages" served at a game here in April 1901.
Vintage NBA - Wes Unseld
Song of the Day
Barbra Streisand | Somewhere
Taxi Driver Movie stars Robert DiNero and was nominated for four Academy Awards
This 1976 film is considered ‘culturally, historically or aesthetically’ significant by the US Library of Congress and is preserved in the National Film Registry. The film was directed by Martin Scorsese, and starred Robert De Niro. It also featured Jodie Foster, Harvey Keitel, Cybill Shepherd, and Albert Brooks. It was nominated for four Academy Awards.
Explore America
WILLIAMSPORT, PA - For the Little League World Series every August 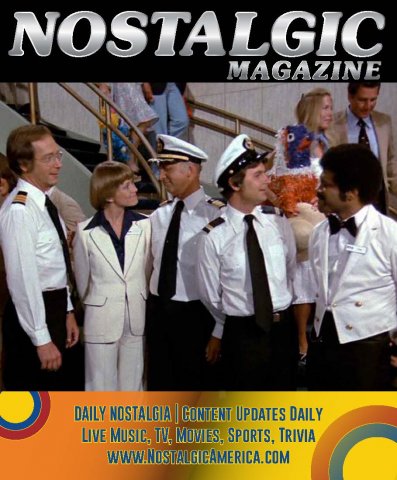 Who is your favorite T.V. couple

Who won Best Actress in a Single Performance in 1956?

What role did I play in the movie Wizard of Oz and what is my real name ?

1984-85: Rick Springfield had the minor hit Bruce while Bruce Springsteen was charting himself with Born in the U.S.A.

M&M's actually stands for "Mars & Murrie's," the last names of the candy's founders.

What movie is this scene from?

100 Metre Finals at the Olympics

Opening Day of an NFL season