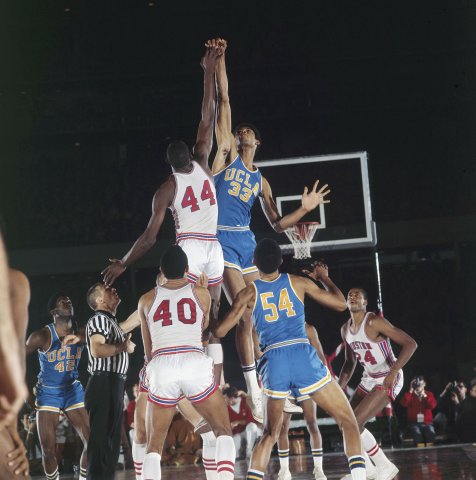 Top Ten Greatest NCAA Men’s Basketball Championship Games
March Madness has become one of the most popular sporting events. Filling out your brackets, seeing great upsets, and the thrill of every game being single elimination has made the NCAA Tournament an event not to be missed. After all the excitement throughout the tournament, we all hope to see a great final game. Here is our top ten list of the best ever NCAA Men’s Basketball Championship Games, based on the excitement of each game and its memorability over time:
10) Kansas 75 Memphis 68 (OT) (2008) – This game is best remembered for the buzzer-beating 3-pointer hit by Kansas’ Mario Chalmers at the end of regulation to send this exciting championship game into overtime. Kansas then dominated the overtime session to win the title over Derrick Rose’s Memphis Tigers.
9) North Carolina 77 Michigan 71 (1993) – Best remembered for the infamous Chris Webber timeout with Michigan down by two in the final seconds when Michigan had no timeouts left. The Webber gaffe resulted in a technical and effectively ended the Fab Five’s shot at avoiding a 2nd straight title game defeat.
8) Texas Western 72 Kentucky 65 (1966) – This game makes our list based more on its memorability rather than its shear excitement. Texas Western’s starting five was comprised entirely of African-Americans, a first in NCAA Championship Game history. Kentucky was the # 1 team in the country, was comprised of all white players, and was expected to win the game. But Texas Western pulled off the upset, which helped to break down color barriers in the recruitment of African-American players by schools across the country. The story of this Texas Western championship team was portrayed in the movie, “Glory Road.”
7) Michigan 80 Seton Hall 79 (OT) (1989) – Remembered for one of the most controversial foul calls in NCAA history. With Seton Hall up 79-78 in the final seconds, the Pirates’ Gerald Greene was called for a blocking foul, putting Michigan’s Rumeal Robinson on the line for two free throws. Robinson came through in the clutch and sank them both. After Seton Hall’s final buzzer beating shot missed, Michigan won the game and championship 80-79.
6) North Carolina 54 Kansas 53 (3OT) (1957) – How can we omit a triple overtime championship game, especially one involving the legendary Wilt Chamberlain? However, it was North Carolina’s Joe Quigg who hit two clutch free throws with 6 seconds left in the 3rd overtime to give the Tar Heels the victory over Chamberlain’s Jayhawks. Interestingly, the Tar Heels had also won a triple overtime semifinal game the night before this legendary title game.
5) North Carolina 63 Georgetown 62 (1982) – Michael Jordan hit a clutch jump shot (where have you heard that before?) with 15 seconds left to give North Carolina a 63-62 lead they would never relinquish. But this game is best remembered for what followed. Georgetown had the ball in the final seconds, looking for the last shot to win the title. But the Hoyas’ Fred Brown’s strange pass right into the hands of North Carolina’s James Worthy sealed the championship for the Tar Heels.

4) Indiana 74 Syracuse 73 (1987) – Indiana had trailed 73-70 with 32 seconds left when Keith Smart scored to pull the Hoosiers within 1 point. But that wouldn’t be the end of Smart’s heroics. After Syracuse’s Derrick Coleman was fouled and missed the front end of a one-and-one, Indiana had the ball still down 1 point. The Hoosiers held the ball until a few seconds left when Smart hit a go-ahead baseline jumper to give Indiana a 74-73 lead. Who else but Keith Smart would be the one to then intercept a pass just before the buzzer to prevent Syracuse from getting off a potential championship winning shot?
3) NC State 54 Houston 52 (1983) – Lorenzo Charles’ game-winning dunk at the buzzer gave the NC State Wolfpack a surprising 54-52 victory over Hakeen Olajuwon and the heavily favored, top ranked Houston Cougars. This game makes the list for the excitement of the buzzer beating bucket, the shock-value of a big upset, and the memorability of NC State Coach Jim Valvano’s celebratory antics just after the game.
2) Villanova 66 Georgetown 64 (1985) – This game had it all; a tight game down to the final horn, a Cinderella story, and one of the best performances by a team in the title game. Villanova was a mere 8-seed. It was a David vs. Goliath matchup against Patrick Ewing and the mighty Hoyas. But Villanova played one of the best games ever, shooting over 78% from the field. They would need every one of the baskets they made as they nipped the heavily favored Hoyas 66-64 in one of the biggest upsets in sports history.
1) Villanova 77 North Carolina 74 (2016) – This game had not one, but two incredibly heroic shots. First, with 4.7 seconds left, North Carolina’s Marcus Paige hit an off-balance three pointer to tie the game at 74-74, completing a frantic 10 point comeback in the last five minutes. After a timeout during which all the Tar Heel fans were rejoicing, Villanova’s Kris Jenkins hit a buzzer beating three pointer to give the Wildcats the 77-74 win and the championship. This game gets our # 1 ranking for the two incredible shots and the most exciting last 5 seconds of any of the title games.
Do you agree with my rankings? Please let me know at ksiegel@nostalgicamerica.com 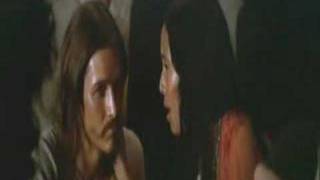